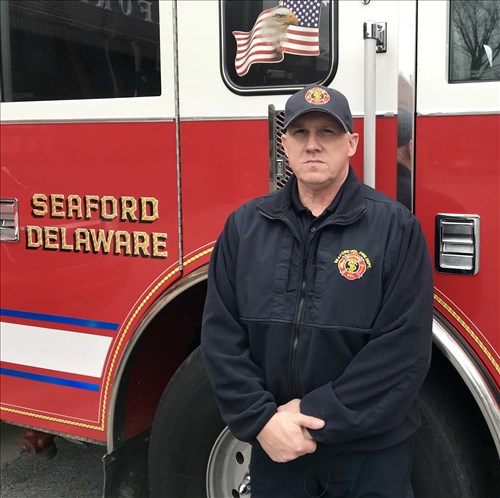 Dave was one of the first Career personel hired by the Seaford Volunteer Fire Department in 2000, and has provided Fire/EMS serivces to the citizens of Seaford for past 17 years. In that time, he was recognized as the Heroic Fireman by Sussex County in 2000, and received the Cliff Lee award from Sussex County Ambulance Association in 2016.