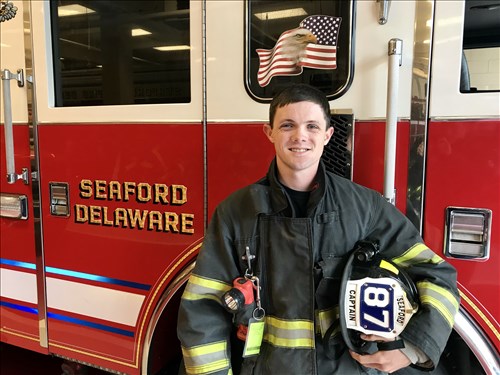 
Daniel joined the Seaford Volunteer Fire Department as a Junior Member in June 2008, and became an Active Member in December 2012. In June of 2013, Daniel was appointed to Lieutenant, and held that position until January 2015 when he was promoted to Captain. In 2018, Daniel was again appointed as a Captain and placed in charge of maintaining Rescue 87.

Through his time in the department, Daniel has taken various trainings from Basic Fire Fighting Skills to Fire Officer II. Daniel has been fortunate to be part of various committees including charmen of the Probationary Member Commitee and Drager SCBA Maintenance committee.