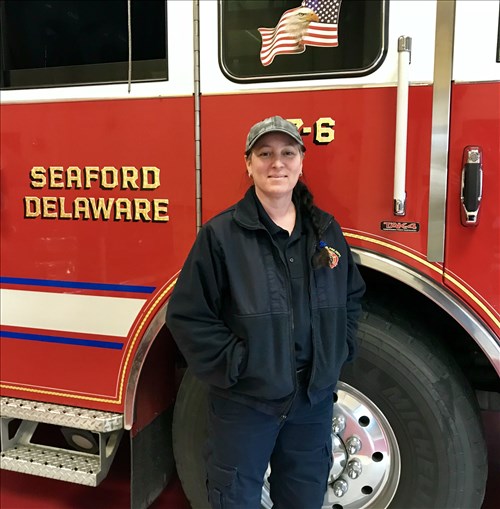 
Janet joined the career staff as a certified NREMT in July of 2010. Janet has completed Basic Firefighting, Vehicle Rescue, and Hazmat Operations through the Delaware State Fire School.

Janet has earned several professional accomplishments since working for Seaford. In 2015, Janet was awarded Sussex County's Medic 107 District EMT of the year, and In 2016 awarded the Sussex County EMT of the year. Also, in 2015 she was given an award of heroism by the Seaford Volunteer Fire Department for her actions taken at a motor vehicle accident.